How to Force Close a Program Without Task Manager It’s frustrating when a program is suddenly not responding on your computer. Your first move is to open Task Manager and use it to force close the program, which is indeed the right step you should take in such a case. However, this isn’t the only efficient option. If you’d like to “kill” frozen programs without Task Manager, follow us in this guide with simple steps to show you how to do so.

How to Force Close Programs Using a Desktop Shortcut

To force close a program without the Task Manager, you can use the “taskkill” command. Typically, you would enter this command at the Command Prompt CMD to kill a specific process on the desktop or in the background.

However, it is not correct — or at least not necessary — to open the command line window every time a program stops responding because sometimes this step may be incorrect and the program or process on the desktop will not respond to this command.

Instead, you can kill all unresponsive programs much easier with a desktop shortcut that automatically closes them.

Here’s how to create a shortcut that will close frozen processes:

Right-click on an empty space on your desktop and choose New > Shortcut. In the shortcut box, paste the following command: “taskkill /f /fi “status eq not responding“, then click Next, then Finish.

This command is simple to understand when you break it down:

– Taskkill: is the command to kill a process when something is frozen.

– /f: This part of the command asks Windows to terminate the program forcibly. Without this, Windows just asks the process to terminate, which means that the process can remain at a standstill without a full shutdown.

– /fi: tells the command to close processes that meet the filter criteria (such as unresponsive processes and programs).

– status eq not responding: Finally, the text in quotes is the command criteria. You want it to only kill processes with a status equal to Not Responding.

And that’s it! Now, you can kill any window that’s stuck by double-clicking this desktop shortcut named taskkill. It is worth noting that you can rename it to any name other than ‘taskkill’ as you want.

How to Force-Close Programs Using a Keyboard Shortcut

Now, what do you think if we make this force-close process even faster. You can make a custom keyboard shortcut to run the “Taskkill” command you just made. You will not need to click on the desktop command but click on keyboard shortcuts only to end the frozen processes.

First, right-click on the new shortcut you just create on the desktop and choose Properties.

Second, on the Run tab, choose Minimized to not cause a command prompt window to open on the desktop.

After that, in front of the Shortcut Key tab, you can set a custom keyboard shortcut. Windows will automatically add Ctrl + Alt, but you can change it easily.

Finally, tap in the Shortcut key box, click any keyboard character – say Q – and then on Apply or Ok.

This way, when you need to force close programs, you need to click the three keys Ctrl + Alt + Q. 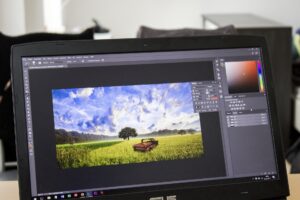