Reviews
Published on 3 months ago
41
0 Like anything else in this age of technology, lithium-ion batteries inside our smartphones do not last forever. They will degrade and the users will face many problems with their phones and will not be able to use them normally because the battery is draining in the middle of the working day. This is unfortunately the nature of lithium-ion batteries. Over time and with many times charging, the battery will wear out from the inside and start losing 10% of its cells, then 20%, 30%, and so on until it is unable to retain power for more than 3-4 hours before the need to recharge it again.

That is a long story many of us already know, but the one-million-dollar question is: How do you keep the phone charged for as long as possible? It all depends on the form of use. Some users do not take their phones out of their pockets except to make or answer phone calls, others are interested in checking everything new every couple of hours to check the latest news, while others hardly leave the phone for a moment because of their addiction to social networking sites, or like to binge gaming PUBG the whole day.

The use of the phone varies from one person to another, and so does the consumed charging capacity every hour. Now concerning the answer to the above-mentioned question, there are some settings that you may need to disable or enable on the phone to maintain the charging power for the longest possible period.

These practices are super positive because they will not only preserve the charging capacity, but also you will not have to charge the phone repeatedly during the day. As a result, this will help extend the life of the battery, so instead of finding yourself having to replace the battery after a year of using the phone, you’ll be able to use it for two or three years before you need to change it.

This long intro is worth all the attention because with the correct use of the phone and following the positive ways that we will advise you on, you will be in no need of huge financial costs every year and the other to replace the battery or even the phone completely.

No need to increase the screen brightness, especially for devices with already high brightness levels. Bright lighting will not only drain the battery charge, but also raise the phone’s temperature, and harm the health and safety of your eyes as well.

If you find yourself frequently dimming the light indicator indoors, do yourself a favor and activate the automatic brightness mode, which is the best way to adjust the brightness level on any smartphone screen. This mode depends on the ambient light sensor (ALS) built into the phone on the front, which controls the screen brightness based on the level of ambient light of the smartphone.

This is the only useful way you should lean on to save battery power. Unfortunately, some budget phones still come without an ambient light sensor, especially those from Samsung. However, if your phone does not have this sensor and does not hold the charge for a good period, you can try other ways that we will talk about in the following paragraphs.

2- Set the screen turn-off timeout time to the minimum

Screen timeout time or sleep time is similar to the feature we talked about above in number one. It is very important to shorten the time to 15 or 30 seconds before your screen goes to sleep. If you have not been using the phone for 30 seconds, then, there is no point in keeping it on standby.

We recommend setting the sleep mode to 30 sec because only 15 sec may be very annoying and so you may end up completely disabling it.

Smartphones have different battery-saving modes from each other. On iPhones, this mode turns off some visual effects and limits some background data. On Android, it may limit performance, background data, and location services. Note that if you activate the maximum battery saver mode, you will not be able to run most phone services and applications. This last mode is similar to the emergency mode, leaving you only able to make phone calls. But the normal battery-saver mode limits and freezes background apps & processes and automatically reduces the screen brightness, as it is very similar to the battery-saver mode in iOS.

When airplane mode is on, your phone becomes almost completely useless, except for some games that do not require an internet connection, reading some e-books, watching some videos or any of your favorite movies you already have on your phone, or taking advantage of any offline apps. However, you will not be able to make phone calls and access the Internet. Therefore, since the airplane mode preserves the battery power, and you are not waiting for any important phone call or for a friend to text you in the coming hours, activate flight mode and see the undoubtedly amazing results by yourself. 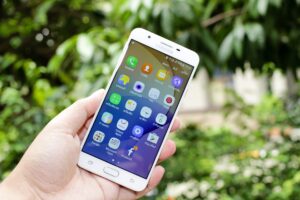